I believe that true leadership development coaching involves helping your client to excel as a follower, an assistant, and as a leader. Leaving any of these elements out will limit their capacity as a leader. Focusing only on “leading” has probably produced more megalomaniacs and done more harm than any other mistake in coaching.

Three Hats and a Rope

Long before becoming a coach, I was schooled in leadership at the National Outdoor Leadership School (NOLS) by the great Paul 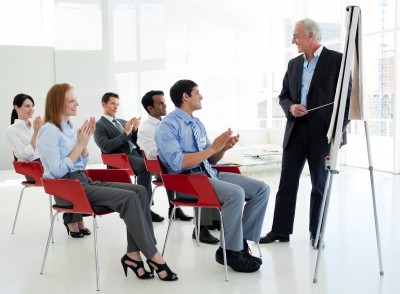 Petzolt. In expeditionary mountaineering, as in combat, every action can be a life or death matter, and only by performing as an effective team can everyone survive. In mountaineering “a rope” refers to a small group of climbers, often tied together with – you guessed it – a rope. Each member of the unit wears one of three hats and actively participates in the leadership of the unit. With each hat comes specific roles and responsibilities. There is the leader, one or more assistants, and the other climbers. As an example, if eight climbers are traversing a steep path through a wooded area, the leader is out in front, reading what might seem to be an invisible trail, guiding the group in a general direction. Then there are two assistants. One assistant is just behind the leader and their job is to optimize the route. The second assistant is at the end of the line and has the responsibility of making sure that no one becomes a straggler and is left behind. The second assistant, not the leader, manages the pace of movement. And then there are the rest of the climbers, who remain vigilant in an effort to make sure that the leader and assistants don’t miss any signs of danger. The most interesting thing about this arrangement is that in a group of experienced climbers, the hats are rotated among the members of rope, often on a daily basis. In ultra high altitude mountaineering, it is often too physically demanding for any one climber to lead two days in a row.

It might seem strange to think of a leader at the top of an organization handing off the mantel of responsibility – their hat – to another on a routine basis. Yet everyone, even the CEO, has a boss and all organizational leaders have subordinates. And no one person is the best person for every leadership situation in every moment. Leadership development coaching should result in a more dynamic organization where everyone on the team has a leadership responsibility, whether it is to be out in front, optimizing the path, or vigilantly looking out for unexpected dangers.

The greatest challenge, in leadership development coaching, is to help the organization develop the trust that is needed to share the leadership role and dynamically handoff the mantle of leadership for the greater success of the group. It might seem unconceivable, but imagine what an extraordinary organization that would be!

By the way… you’re invited to claim your FREE step-by-step “30-Days to Become a Coach” video toolkit. Just go HERE now to get your 30-day coaching blueprint videos.