Jeff has set up an amazing, step by step way to become a successful coach. I’m already getting paid to change lives with my new clients. Even if you don’t think you can do it… If this is what you want, from coaching to marketing to how to enroll clients, this is the way to go.

For almost a decade Jeffrey T. Sooey has devoted his life to providing the private attention, resources, and technology to help coaches get paid to change lives. His ability to develop immediate and lasting change made him one of the nations foremost coaches by the age of 26. Jeffrey is the creator of the Quickstart Coaching Code 30-day video home study course and the Master Coach DVD course.

You can connect with him via email @ jeffrey@quickstartcoachingcode.com, via phone @ 858-707-5920, or on Twitter, Facebook and LinkedIn if you’re active on those networks.

If you want to get over $1000 worth of video training for free, then check out Jeffrey’s Coaching Blueprint Video Toolkit. Inside, you’ll learn the specific plans on how he grew his business to over $30,328 per month, as well as other videos on techniques containing some of the higher level principles that will allow you to impact globally as a highly paid coach. You’ll also be notified as Jeffrey posts new editions to the free digital video training library as well as case studies of coaches that are making six figures using the Quickstart Coaching Code system.

A Word From Jeffrey:

About four years before I started JTS Advisors (the coaching company I’ve run for the last 9 1/2 years), I thought about becoming a coach.

I would read books about coaching, I would coach my friends on the side, I was always known as kind of the solution guy. But I never thought or imagined for many years that I could actually get paid for what I had been doing for free.

For Four Years I Thought About Starting My Coaching Business, And Just Never Got Around To It

But the more interesting question is, what stopped me from starting a coaching business when I got that idea to do it in the first place?

Why Didn’t I Get My Coaching Business Started Right From The ‘Get Go’?

After having about six years to think about it, I realized that it all boiled down to just a few reasons.

The first couple of reasons had to do with time and money concerns:

What if I can’t get clients to pay for coaching?

I was concerned about burning through all my time and all my money and having nothing to show for it.

There was so much confusing information out there, I just didn’t know where to start so I could make sure that I could build something profitable.

The second area of doubts was really doubting myself:

I was doubting whether or not I would do the work I needed to do.

Was I going to be as good as I needed to be in order to show up and be able to do a really great job of coaching?

Finally, I really wanted somebody who could take me through the methods of how to build a profitable coaching practice step by step, and I just didn’t have that person in my life at the time.

I finally decided, “You know what, I gotta stop putting this off and I just need to get started.”

How NOT To Start Your Coaching Business

By the time I got around to it about four years later I thought maybe I wouldn’t be able to cut it, especially because I was so young at the time (I was only 26).

I actually got started in Vista, California, up in the hills in this little trailer. I had to wire a phone into the trailer so I could have my coaching calls! My computer went up on the kitchen sink, and I started making calls. Would you have taken my success advice at that point?

I Was Definitely NOT Successful

Success is not a prerequisite for being a fantastic coach.

Don’t wait all your life before you can actually help others. It may never happen, because your success may be waiting for you in the coaching business.

I Realized I Needed Help, And I Immediately Hired a Top Coach That Was Making Over a Million Dollars a Year at The Time to Mentor me in The Coaching Business

I figured that, if he could make a million dollars a year, I could learn to make six-figures. And when he showed me how to do things like:

I Figured Out… “This is so Simple! This Really Isn’t Hard at All.”

There were so many solutions about how to coach people effectively by that time, and how to actually attract and get clients.

In fact, I learned how to do most of these things in 30 minutes or so, each. And that was about 6 years ago when there weren’t so many different ways of automating your marketing and program yourself in the ability to coach.

I Had a Coaching Business That Was Doing More Than $30,000 Per Month in Revenue

So you can imagine, I’ve kicked myself a few times wondering, where would my business would be if I had started that coaching business four years earlier, when I got the idea.

Here’s proof that I was able to generate a big income in the coaching business:

A merchant statement showing $23,000 in this particular month. This happens almost every month in my business.

The money comes when you’re doing what you love, and what you can do to help the world.

But even better, I was getting emails and phone calls from people thanking me for changing their lives.

You can coach pretty much from anywhere. This business has total freedom and flexibility.

Within 6 months after I started building my internet coaching business, I was celebrating tens of thousands in profits in the Caribbean with my mastermind group.

About four months later I spend a month traveling Patagonia , and then worked remotely from Peru for two weeks.

Later that year, I spent a month in southeast Asia. Taking the entire month off (except for a few coaching sessions).

After putting everything I’ve learned into a system that I could duplicate, I taught other coaches how to use these secrets to fill their practice with paying clients and change lives.

Other coaches that I mentored started to achieve the same results

The video will play here

The video will play here

I’ve created the Coaches Training Blog community to provide this kind of training and support to you.

By the way, if you want to get over $1000 worth of video training for free, then check out the Coaching Blueprint Video Toolkit. Inside, you’ll learn the specific plans on how I grew my business to over $30,328 per month, as well as other videos on techniques containing some of the higher level principles that will allow you to impact globally as a highly paid coach. You’ll also be notified as I post new editions to our free digital video training library as well as case studies of coaches that are making six figures using our Quickstart Coaching Code system.

You can connect with me via email @ jeffrey@quickstartcoachingcode.com, via phone @ 858-707-5920, or on Twitter, Facebook and LinkedIn if you’re active on those networks.

Special Trainings You Can Purchase

If you’re serious, you can get two different courses that will save you thousands of dollars in business start-up costs and thousands of hours of trial and error:

1. For new coaches, or if you’re still thinking about becoming a coach, check out the Quickstart Coaching Code 30-Day video home study course.

2. If you’re ready to learn advanced coaching techniques and internet marketing to get coaching clients, then check out the Master Coach DVD Course.

I hope our paths cross again soon. Until then, I remain…

Your friend and coach for life, 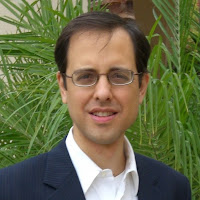