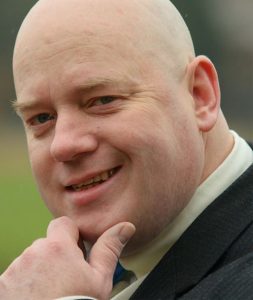 He offers: intervention sessions and training in Suicide Awareness and Intervention. Kevin also trains others to become a Suicide Intervention Coach. If interested please contact Kevin for more details.

Kevin had battled depression for years. At 16 he attempted suicide. Kevin has learned how to overcome these and now is a Life Coach helping others to move from depression to hope, from darkness to a new life. The two biggest group that die by suicide are teens and middle aged men. Grim Reaper Ain’t a Keeper especially aims to reach those groups.

Kevin is a prolific writer and author. He is an award winning speaker. Kevin loves movies and travel.

Kevin would consider himself as a chocolate connoisseur. He wants to learn to SCUBA dive. Kevin is currently living in the UK with his wife and 4 kids.