Life Coach Commits Suicide – not a headline you would expect to read. Life coaching is about helping individuals find their pathways to happiness and success, and no one would expect the life of someone dedicated to helping others to end in suicide. Not only did one life coach die by by their own hand (Life Coach Commits Suicide), two met their makers by suicide at the same fateful moment (Two Life Coaches Commit Suicide). Lynne Rosen and John Littig were life coaches who owned “Why Not Now”, a life coach consulting company, and were hosts of a popular radio show called, “The Pursuit of Happiness.” Unfortunately for the two, it appears as if happiness was pursued but not found; John Littig, 48, and his common-law wife, Lynne Rosen, 46, were found by the manager of a Brooklyn apartment building sitting on a couch, hands together, with plastic bags over their heads and tubes attached to a canister of helium. 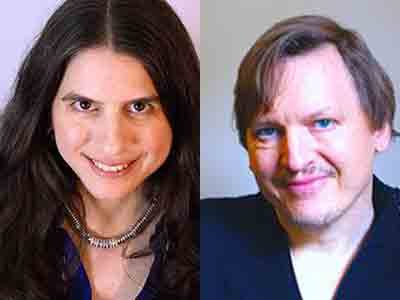 Two suicide notes were found at the scene. One of the notes read, “I can’t take it anymore, my wife is in too much pain.” Littig was a motivational speaker, and Rosen was a life coach and consultant. Though neither of these two were mega-celebrities, they were known within the life coaching industry and their deaths have raised yellow flags within the coaching industry. How could two people, who put themselves, both privately and publicly, in positions to ameliorate the lives of others, be driven to the ultimate point of self destruction? Do these two suicides signal a problem in the life coaching profession or are they merely aberrations involving two individuals who were could not quite live up to the ideals they professed?

There is a Youtube clip of one of their radio broadcasts, in which they mention that individuals should do something every day that scares them, a way of getting comfortable with change instead of stuck in a specific place. In the comments section, one viewer, perhaps meant ironically or perhaps as a morbid joke wrote, Maybe they ran out of things to do that scare them, so they decided to try suicide, which is scary. Before dismissing this comment, it may serve as a starting point for a conversation. Perhaps they used their life coaching business as a form of self-therapy; pursuing happiness simultaneously with their clients. Perhaps they failed at finding their own pathways to happiness, and their story ends with the headline – Life Coach Commits Suicide.

In the bigger picture, does the headline, Life Coach Commits Suicide, signal trouble for the coaching industry? Aren’t life coaches supposed to be role models for their clients; isn’t suicide the ultimate act of betrayal to clients who relied on their advice for many years? Perhaps, like the comment on YouTube said, they ran out of challenges or felt they no longer could overcome these challenges. These are not easy questions to answer. Most likely, they were merely human beings, who entered a profession in which they could help people, who displayed kindness and empathy towards others, while hiding insecurities and damaged psyches that they could not overcome. Most likely their suicides are merely a reflection on the imperfection of human life and not a indictment om the life coaching profession. Everyone in life coaching commits to a career filled with service to others and a dedication to improving the lives of their clients, however, these benevolent individuals are, like all of us, flawed human beings.

Maybe they discovered, instead of two few things that frightened them, they found too many things that scared them, and they felt the uselessness and helplessness that staggers too many people in our complex and highly impersonal digital age. Life Coach Commits Suicide, is not a headline anyone wants to read, but it is more a statement on the human condition than it is a condemnation of the life coaching industry.